Giving Difficult Feedback Doesn’t Have To Be Difficult 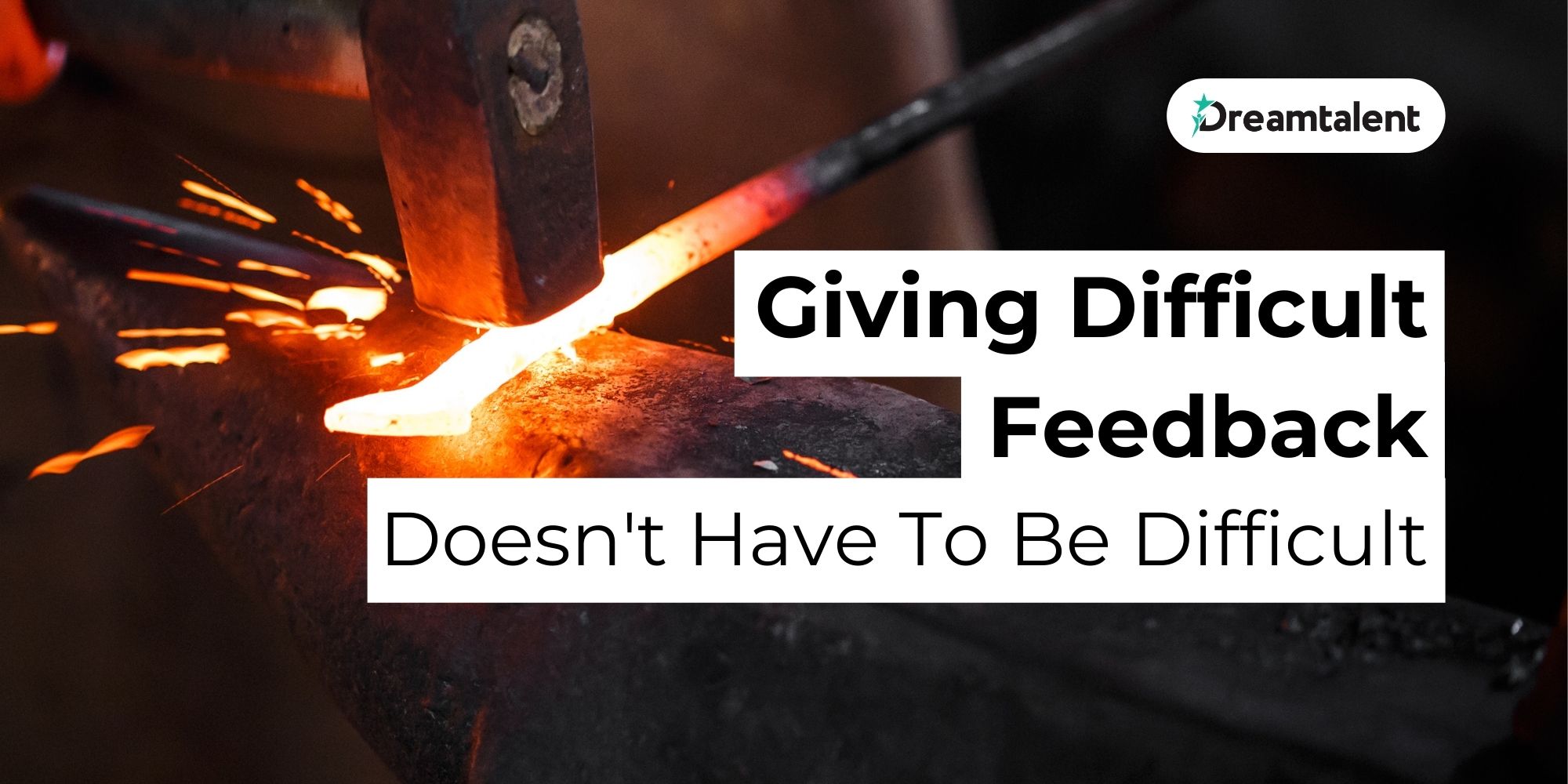 We often have the misconception that “tough” feedback/criticism must always involve scolding and hurling hurtful words. That’s not true at all.

Tough feedback is not the same as harsh feedback.

“Tough” here means addressing the mistakes directly which may be uncomfortable. This is the objective way of giving feedback that aims to solve problems.

“Harsh” is using words that aim only to make the other person feel bad.

The entire point of giving feedback is to help your talents learn from their mistakes and grow, not to make them feel bad. However, like having disagreements, this necessary learning process must come with difficult conversations.

Delivering tough feedback is one of the hardest parts of leading a team. Let’s discuss the common mistakes leaders make when giving feedback, and how we can deliver criticism that builds people, not hurt them.

When your team members make mistakes, it’s easy to get caught up in the moment and lose your temper. But when you’re angry, you’re just letting off steam instead of helping them address their issues. And that is far from constructive.

Plus, people will get defensive when they feel attacked. Even if your feedback is somehow merited, the overly harsh delivery will drive them away from getting the point.

Maybe you’re afraid they’ll clam up if your feedback is too harsh, or you don’t like the idea of creating conflict in the team. Some leaders would sugarcoat their feedback by “sandwiching” the criticism part between praises.

The intent is good, but this will only confuse them as to what the point of the conversation was, leading them away from the main point of giving feedback: addressing their issues squarely in order to improve.

How to give tough feedback properly

Stay focused on the objective

When emotions run high, take time out to calm down. Starting a conversation while angry would achieve nothing much. The point of giving feedback is not only to talk about the issue, but also about improvement in the next steps.

Make sure you understand and remember the objective of a feedback session in order to keep it constructive and prevent it from growing into an argument that goes nowhere.

The one on the receiving end of the feedback is no doubt already feeling vulnerable. You shouldn’t start the session in an unnecessarily harsh manner otherwise they may clam up or get defensive.

Instead, create a psychologically safe environment. Build rapport and make an effort to listen to their side of the story. Let them understand that you’re not here to blame, but to help them identify and work on the issue.

This helps them become more receptive to the tough feedback you’re about to give and willing to go over the next steps for improvement.

Be direct and clear

As we mentioned earlier, “sandwiching” tough feedback between praises would only create confusion.

For feedback to be effective, it needs to be direct and clear. Good performance may deserve praise in its own time, but a feedback session must focus only on the issue.

This includes using objective language. Instead of saying “I don’t like your tone,” you should say “I noticed that you interrupted your teammate in the meeting.” This leaves no room for bias or misinterpretation and proves that you’re with the intent on addressing the problem, not to merely blame.

Once you have addressed the issue, complete the feedback session by laying out the next steps for improvement.

It’s important to make it a learning experience. Instead of holding their hand and telling them exactly what to do, a leader should guide them into discovering the solution to this problem. Ask introspective questions and help them learn to realize how to improve.

A tough but effective feedback session always ends with improvement in mind.

Know what your talents truly need

In order to give the most effective feedback, leaders should know what their talents really need to improve in. Psychometric assessments like Dreamtalent can help you discover your team members’ strengths, potentials, and weaknesses so you can tailor your feedback to give the most impact on their development.