Disagreements Are Good For Your Team 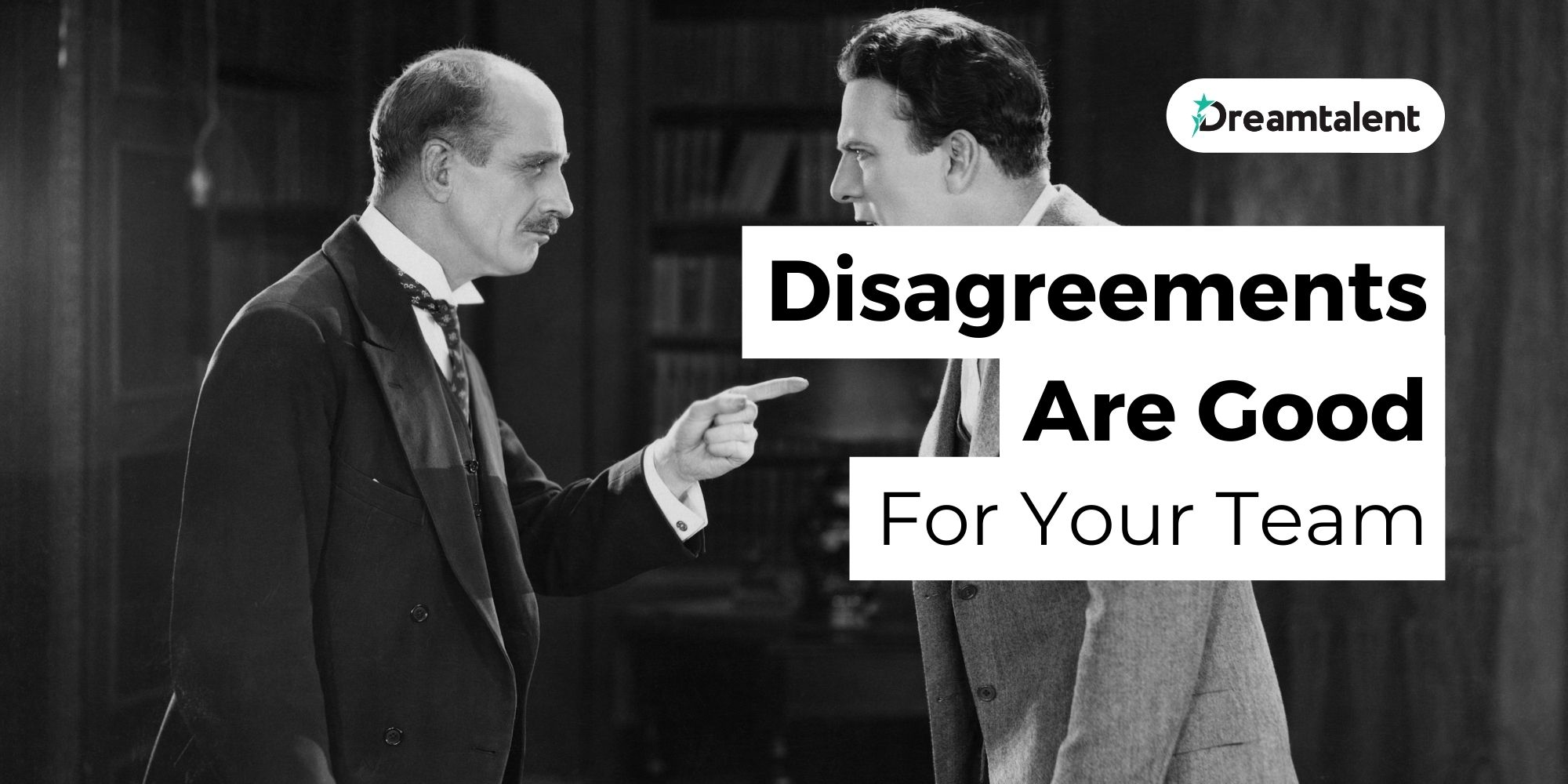 Disagreements are hard. It’s often seen as rude or trouble-making when you challenge what the other person is saying.

The reality is that disagreements are a perfectly normal and healthy part of relationships, including in the workplace, and they are not “evil” as most may think. They must happen in order for you and your team to grow, improve, and produce better results.

In fact, a team with zero disagreements can be unhealthy.

What you want is for your team to give feedback from their different viewpoints, to point out the flaws in your product in a meeting rather than in a customer review. But to reap the benefits, disagreements must take place.

How can disagreements possibly be good for your team, and how can you lead your team to disagree effectively?

Why disagreements are good for your team

The co-founder of Pixar said that “it’s better to hear criticisms from employees now rather than from customers later”. While it hurts for his films to be torn apart by the team, Pixar knows that criticism and disagreements are necessary to make a good film.

Disagreements push your team to come up with better solutions and to fix the flaws in your ideas. After all, everyone in your team is working towards the same goal, and the only differences are in perspectives on how to get to it.

Through disagreements, you will be forced to see the flaws in your ideas, consider better alternatives, or even come up with new, more creative solutions after considering opposing arguments. This friction helps your team to improve your project to be as close to perfect as possible.

Aside from the project, disagreements also help you see the flaws in your own ideas, your work, and your way of thinking. When you know what your mistakes are or what you’re missing, you know what you need to work on in order to improve professionally and personally.

As a team leader, you’ll know what your team members lack and how to address it.

And after the argument, both sides will come out learning something new, perhaps a better way or a solution that they never thought of before until encountering a differing opinion.

It’s no rare occurrence that people may end up closer than ever after fighting (not to say that disagreements always mean fights).

When done properly, disagreements will teach your team to empathize: to understand the other person’s perspectives and where they’re coming from.

Psychological safety occurs when it’s safe to be vulnerable: when expressing our opinions, being open and honest, and admitting mistakes, for example.

With psychological safety, your team flourishes. They suffer less stress, feel more belongingness, and most of all have the courage to give honest feedback, which includes disagreements, that allows your team to improve.

How to disagree properly

Focus on the objective

Wanting to be liked by everyone or trying to maintain harmony is often the main obstacle to being open to disagreements. When you feel that way, it’s important to remember that that’s not the goal you’re trying to achieve here.

The goal you and your team are trying to achieve is to execute this project as successfully as possible. And to achieve this, disagreements are needed to open up new perspectives, identify flaws, and learn and grow.

Besides, a team where no disagreements happen is like a ticking bomb. The “harmony” is only superficial, and there likely is a lot of suppressed tension waiting to be pent up. Disagreements, done properly, are vital to the long-term stability of any team.

Empathy is the ability to understand the viewpoint of other people. When you can comprehend where the other person is coming from, it’s easier to see the disagreement as a difference in opinions while going towards the same goal.

The other person doesn’t want to undermine your efforts. They simply believe that there is a better way to do what you’re trying to do.

By being able to empathize and understand different viewpoints, it’s easier to make sure disagreements are objective and productive.

Disagreements don’t have to turn sour if you lead your team to be respectful towards each other’s ideas and feedback.

Adopt a respectful and objective tone and language when you’re disagreeing with another.

Instead of saying “you’re wrong” or “that’s a stupid idea”, give them a chance to explain themselves. Ask “why”: why do you suggest that idea, or why that particular method? Once they’ve explained their reasoning, you can understand where they’re coming from, and this gives you a chance to pitch in your feedback fairly.

Disagreements are not evil

In its core, disagreements are all about finding the best solution out of the opposing views, to find the win-win situation that will bring the best outcome for the entire team.

Your team shouldn’t aim for having zero disagreements (where people may be too scared or too apathetic), or disagreeing all the time (a toxic environment), but to do so when necessary, and in a civil and respectful manner.

Disagreements are necessary, but they don’t have to be painful. They can be an enriching and learning experience for you and your team, and the key to continuous improvement and success.